World Insights: From earthquake recovery to coronavirus battle: A tale of Tibetan dance and African songs

As the temperature continues to drop on western China's Qinghai-Tibet Plateau, local school kids still look forward burningly to their recess for a dance. While in Brazzaville, capital of the Republic of the Congo, artists are beating drums with fiery passion as if summer never ends.

Though geographically far apart, the two peoples, both of whom have a rhythmic soul and habitually resort to dance and music during hard times, have always extended a helping hand to each other, which makes a tale of friendship between China and Africa.

Cewang Pasang, a 20-year-old Tibetan girl, was still emotional when recalling the day when an earthquake hit her hometown, the Yushu Tibetan Autonomous Prefecture, northwest China's Qinghai Province, 11 years ago.

In April 2010, a 7.1-magnitude earthquake struck Yushu. Cewang and her friends were safe, but had to spend freezing nights in tents with their school badly damaged from the disaster.

"I felt like I've lost my home. I dreamt of reading on my own desk again," she said.

Indeed, the school was not merely a place to get education, as it is more of a paradise for Cewang and her schoolmates, many of whom are orphans.

While attending the Shanghai World Expo in 2010, Denis Sassou Nguesso, president of the Republic of the Congo, expressed his country's willingness to rebuild a primary school in the quake-hit area, at whatever cost. 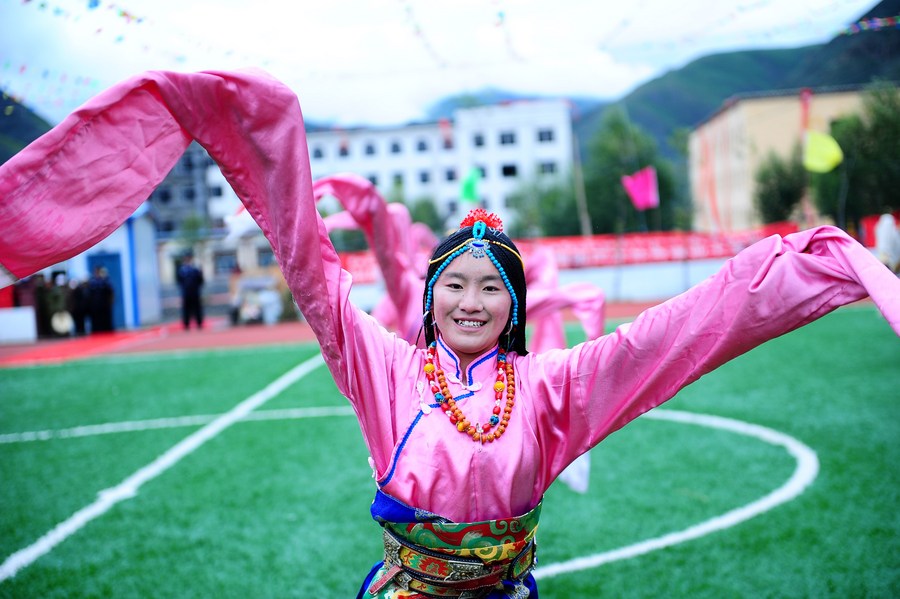 In July 2012, the restoration of Cewang's school was completed under the new name of the Sino-Congolese friendship primary school. "Although our economic capacity is limited, we should extend help," said Basile Ikouebe, then-foreign minister of the Republic of the Congo at the ceremony to celebrate the completion of the construction.

Despite pouring rains, Cewang put on her Tibetan robe and performed with her friends the Tibetan circle dance, representing the highest tribute of her culture, in front of the African guests. For her, the dance was the hidden language of gratitude.

"I was not the best dancer. But I tried to dance in the best way I could as a way to say thanks," said Cewang.

Ten years after the earthquake, the COVID-19 pandemic is ravaging the world.

In February 2020, when China was battling hard against the virus, Pointe-Noire, the second largest city in the African country, donated 10,000 medical protective masks to their sister city Suzhou in eastern China.

"We are convinced that you will come out as a winner," read a letter written by the Congolese mayor Jean Francois Kando. 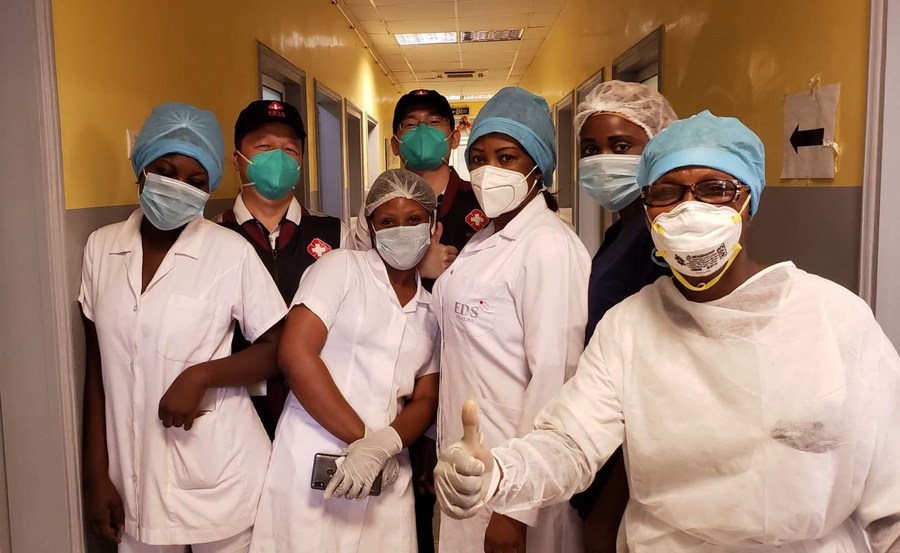 Experts of the Chinese medical team and local medical staff pose for a photo amid the COVID-19 pandemic in Brazzaville, capital of the Republic of the Congo, May 26, 2020. (Xinhua)

When the African country is faced with challenges, China did not hesitate to reach out. On May 23, a 12-member Chinese medical expert team arrived in Brazzaville to reinforce the country's fight against the pandemic.

Inspired by the joint battle against the coronavirus, Moukila Ngalipe Tessia Harmanie, a Congolese singer, made a song with Babingui Tambour, a local drum band.

"The Congolese love music. Music is a byword for us. Our life would be impossible without music," the singer said.

Under the name of "Congo China, hand in hand," their song tells a story of solidarity.

"We've got medicines from China to help us battle the virus. What can we musicians do to thank China? We composed this song. Let's go hand in hand and prevail over the virus together," Zoubakela Destin, head of the tambour band, said in Chinese.

As the year 2020 just came to an end, China and Africa are seeing a new starting point in their relations.

With the first rays of sunshine in 2021, after months of COVID-19 delays, the African continent on Friday started trading under the African Continental Free Trade Area (AfCFTA) agreement. 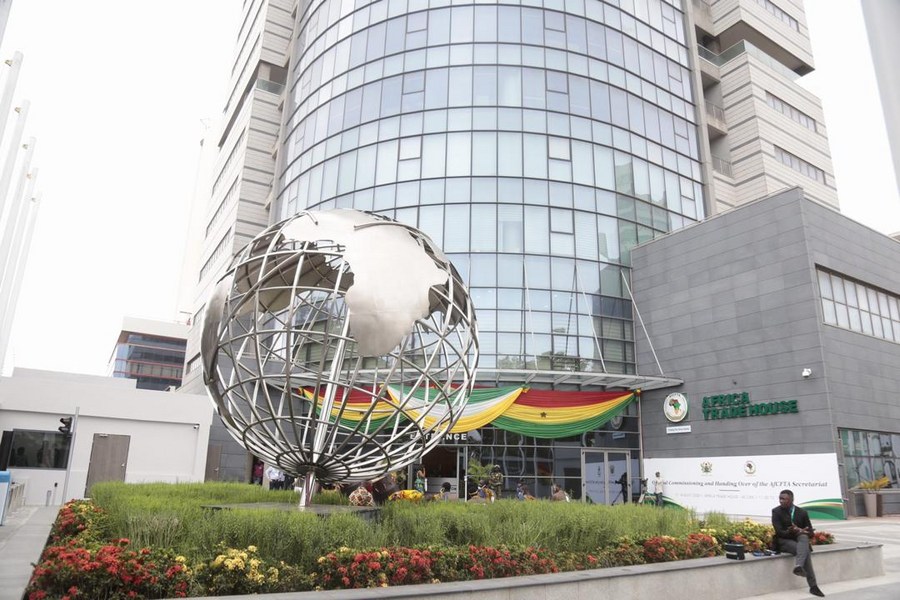 A man sits outside the office building of the African Continental Free Trade Area (AfCFTA) Secretariat in Accra, capital of Ghana, Aug. 17, 2020. (Ghana Presidency/Handout via Xinhua)

Amid growing expectations towards continental integration, analysts say the AfCFTA implementation is expected to further tap business opportunities China is enjoying with Africa.

On Monday, Chinese State Councilor and Foreign Minister Wang Yi embarks on his official visits to Nigeria, the Democratic Republic of Congo, Botswana, Tanzania and Seychelles, continuing a long-standing tradition of choosing Africa as the destination of Chinese foreign ministers' first overseas tour each year since 1991.

As observers expected a brighter future for China-African relations, the story of the Tibetan kids and Congolese artists is also to be continued for the next chapter.

"I long to visit the mysterious African country one day, maybe a backpack trip when I'm in college," said Cewang.

Destin, who has been passionate about the Chinese culture since middle school, now wishes to perform under China's spotlight.

"I can't wait to bring my tambour to China," he added.