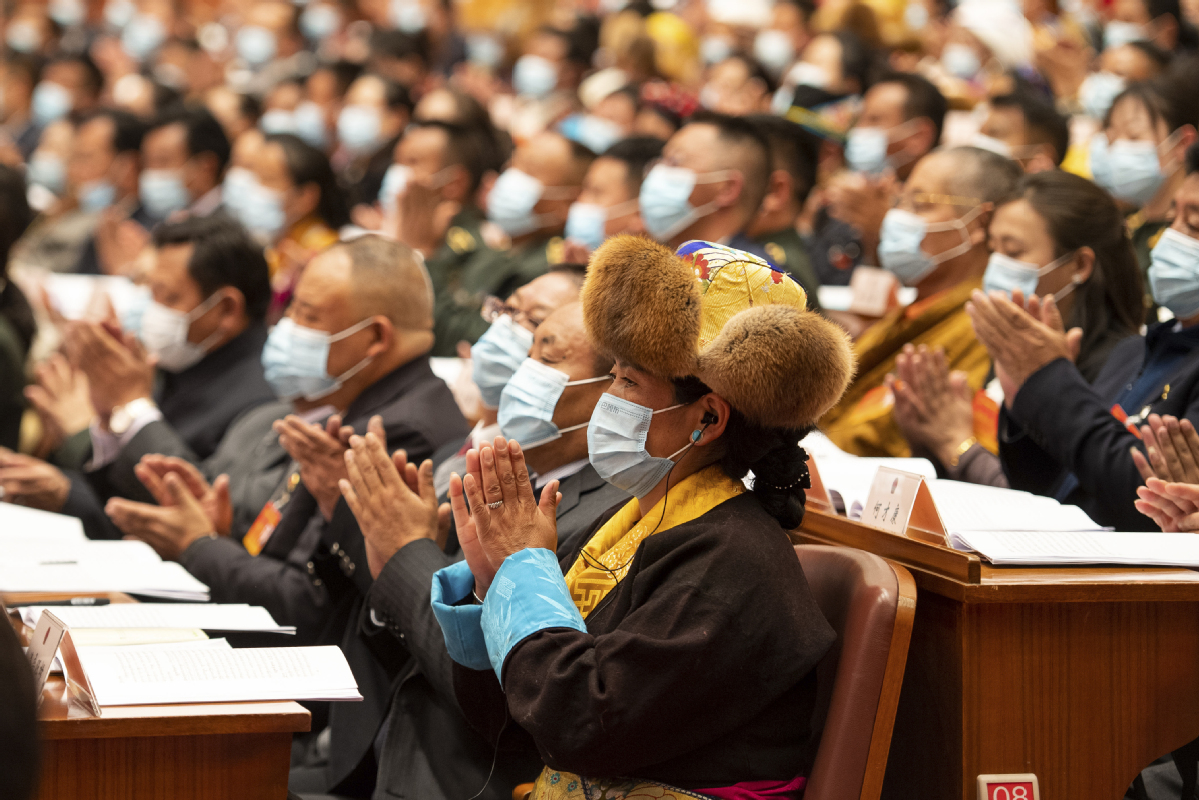 The fourth session of the Tibet autonomous region's 11th People's Congress kicks off on Wednesday in Lhasa. The annual meeting releases the region's government work report and covers a series of ecological protection achievements, including air quality. HE PENGLEI/CHINA NEWS SERVICE

The Tibet autonomous region has placed nearly half its land area under the strictest ecological supervision, it was announced at an annual meeting of the regional People's Congress, which kicked off on Wednesday.

The ecological protection area, which covers more than 539,000 square kilometers, makes up 45 percent of the region's area, said Qi Zhala, chairman of the regional government.

The region strictly controls sand excavation in its 56 key rivers, and 22 ecological reserves have been built and are operational, Qi Zhala said in his government work report delivered on Wednesday at the fourth session of the region's 11th People's Congress.

According to the government work report, the rate of days with good air quality in Tibet's cities of prefectural level and above reached 99.4 percent, and all the region's drinking water sources met applicable standards.

The report also said that the number of Tibetan antelope in the region has risen to more than 200,000, terrestrial wildlife species to 1,072 and black-necked cranes to more than 8,000. Five rare new species have been discovered in recent years.

Mao Shiping, an official from Nagchu's forestry and grassland bureau, said the city government has been upgrading infrastructure and management facilities in Changthang National Nature Reserve.

Mao said the reserve has about 780 professional ecological protection patrolmen, including 390 in the reserve's section in Nagchu. More than 20,000 rural residents in Nagchu undertake various environment protection activities that are subsidized by the government.

"The professional ecological patrolmen are provided with basic patrolling tools such as motorcycles, telescopes and paging receivers, and they provide feedback regularly," Mao said.

Professional patrolmen also receive one week of training every year from professors at Tibet University.

Kunsang Darje, a railway maintenance worker in Nagchu, said that apart from maintaining the railway and highway, he also collects trash along the section with his colleagues.

"The place I work is in a no man's land, and I think it's very important to protect the animals there without affecting them with human activities, and we are also obligated to take responsibility there," he said.

On January 12, in the operating room of the Guangdong Second People’s Hospital, a team of o...