The population of a critically endangered crane has continued to increase in southwest China's Tibet Autonomous Region thanks to enhanced conservation efforts in recent years, an environmental protection official said Tuesday.

Black-necked cranes are native to the plateau regions of China, India, Bhutan and Nepal. They are among some 90 endangered species on China's top protection list, along with the giant panda and golden monkey.

The species is on the International Union for Conservation of Nature (IUCN) red list of threatened species, with less than 10,000 in the world. 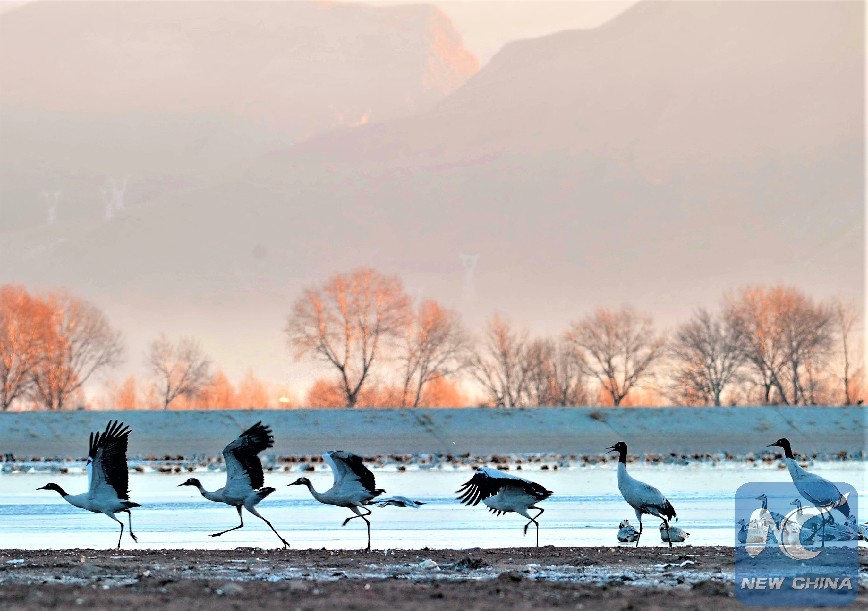 Black-necked cranes are seen in a reservoir where they spend the winter season in Linzhou County of Lhasa City, capital of southwest China's Tibet Autonomous Region, in January of 2017. [Photo/Xinhua]

On a small road in front of Raba village, villagers talk and laugh in small groups, their fa...