Traditionally, Tibetans name their babies after blessings, such as the most popular Tashi and Drolma, meaning "good luck" and "goddess," respectively. But more newborns have their names that record the development of the area, the country, and the changes over the past decades.

A native of Dagze District in Lhasa, capital of Tibet Autonomous Region, Jingdrol, 63, said that his parents gave him his name to commemorate the peaceful liberation of Tibet in 1951 and the democratic reform in 1959. Jingdrol means "liberation" in Tibetan.

Jingdrol said his parents were both serfs who used to starve and had barely enough clothes to wear. "My two elder brothers died in infancy due to illness," said Jingdrol. 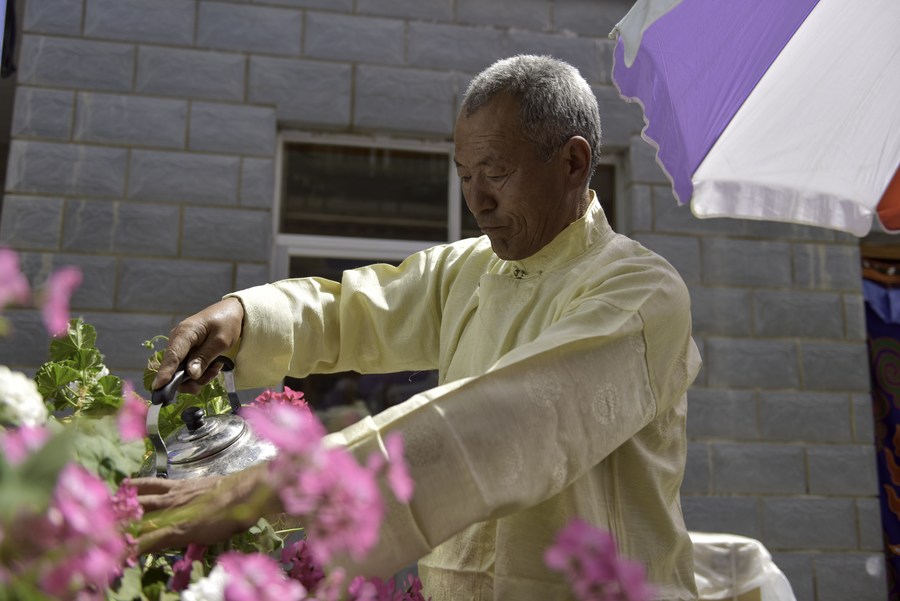 After the democratic reform, his family was granted farmland, livestock, and farming tools. "My parents gave me this name, asking me to remember the change," he said.

Tsering Phuntsog, head of the ethnic research institute of the Tibet autonomous regional academy of social sciences, said in addition to Jingdrol, Darma (meaning "red flag") and Yongjun (meaning "supporting the People's Liberation Army") were also among the common names for those born in the 1960s and 1970s in Tibet.

Most Tibetans did not have a surname in old Tibet except in aristocratic families.

But Basang, a former herder in Tsonyi County in the city of Nagqu, decided to give his son the surname Huo, the family name of the doctor who conducted the county's first cesarean surgery on his wife.

Tsonyi County is the highest county in China, with an average altitude of above 5,000 meters, where oxygen in the air is about 40 percent of that in the plain. It makes surgeries like cesareans very dangerous.

In August 2017, Basang's pregnant wife Chode, was diagnosed with a deficiency of amniotic fluid, and the umbilical cord wrapped around the baby's neck.

Changchub Drolma, head of the People's Hospital of Tsonyi County, said expectant mothers like Chode were usually transferred to hospitals in Lhasa, 700 km away, for surgery. But the long trip was dangerous for both mothers and their fetuses. 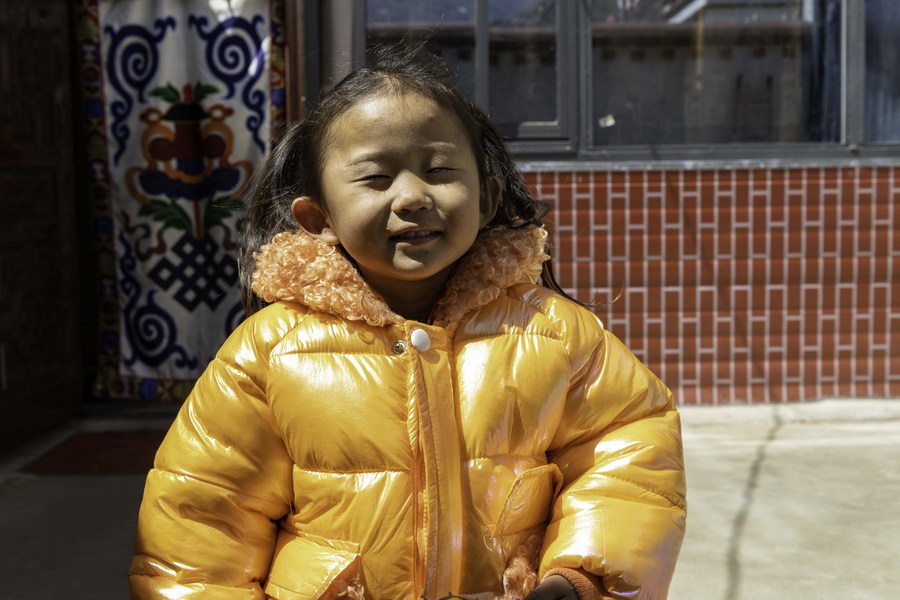 Chode was lucky as a voluntary medical team from the Central Hospital of China National Petroleum Corporation happened to be in the hospital. Huo Zhiping, the obstetrician of the team, conducted the surgery.

"We named the baby Huo Dangsheng to show our gratitude to doctor Huo and others in the medical team," said Basang.

The permanent resident population in Tibet has exceeded 3.64 million, compared to just over 1 million in the early days of the region's peaceful liberation, according to the latest national census conducted in 2020.

Gurum Drolma's parents named her "Gurum," the name of their new hometown, to celebrate their relocation.

In June 2018, 262 households from Rungma, a township at an average altitude of more than 5,000 meters in Nagqu, were relocated to Gurum Township in Lhasa.

"Gurum Drolma was born the day after we moved here. She is a child with a blessing," said 53-year-old Rigzin, her father. 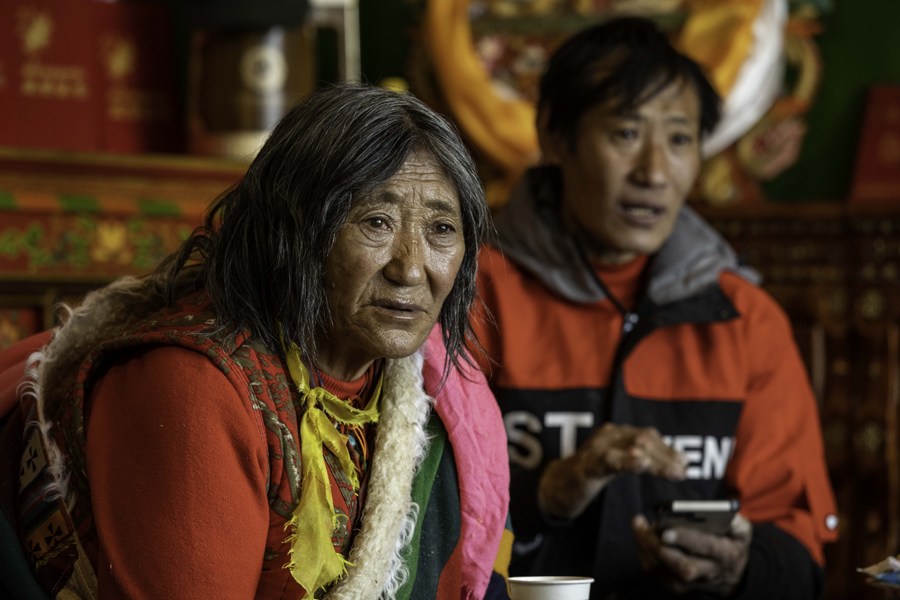 Rigzin's family used to be herders. Before their relocation, a small TV and an electric butter maker were the only electrical appliances in their house. As there was no telecommunication signal in this pastoral area, they had to travel 30 km to make a phone call or send a message.

Now, in their new two-story Tibetan-style residence, the family has access to tap water and owns a refrigerator, a washing machine, and a gas stove.

Villagers have also found jobs such as airport terminal cleaners, railway line patrollers, and dancers and horse racers at a tourist resort near their new home. The annual per capita income of the relocated residents increased from more than 11,000 yuan (about 1,643 U.S. dollars) before relocation to over 19,000 yuan in 2021.

"We want Gurum Drolma to remember that it's her mother who gave her life and that the relocation changed her life," said Rigzin.

Football game on the plateau