Battle against poverty being won in Tibet 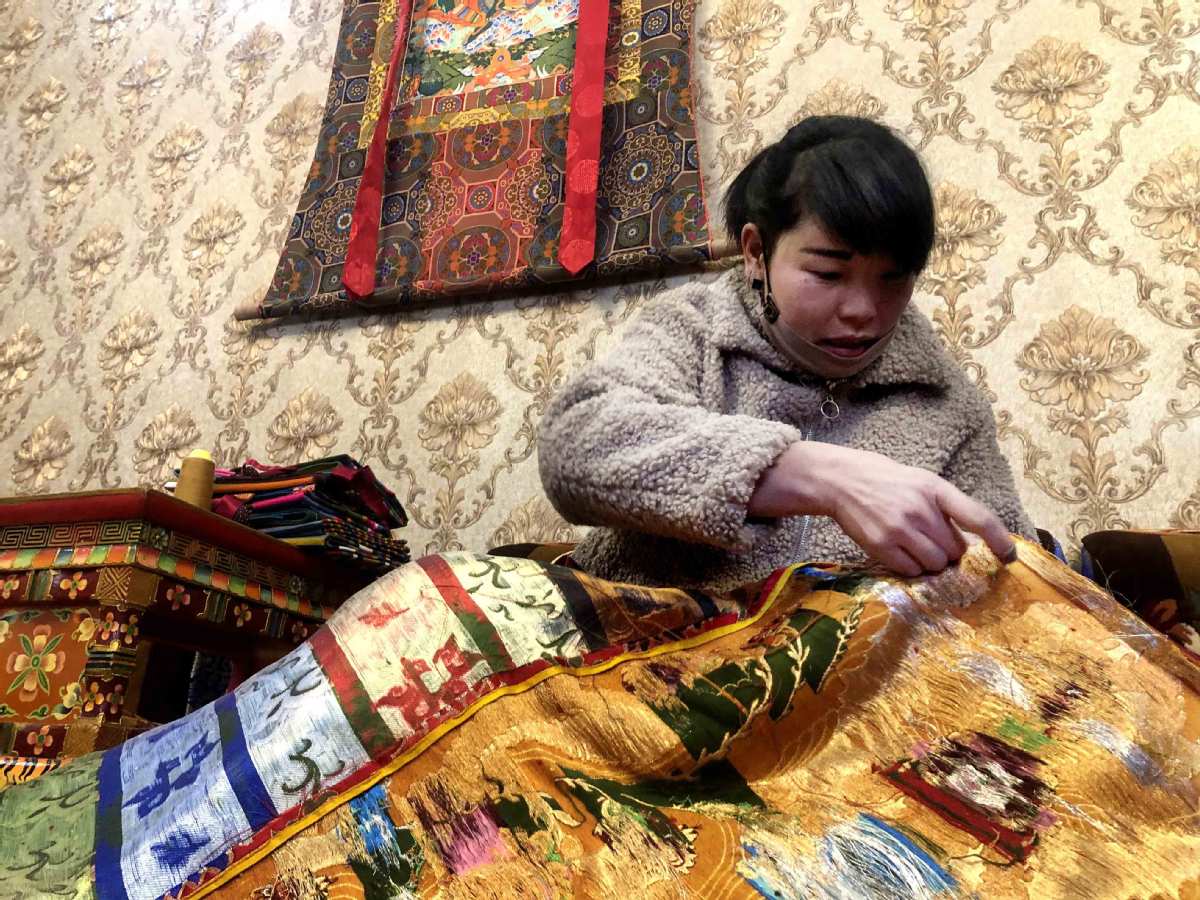 Access to fresh water used to be a major concern for Tibetan villager Migmar.

She had to take a 40-minute round trip on a tractor every two days to haul water home in a container across rough terrain. Taking showers and doing laundry were luxuries for the community leader and her fellow villagers in Saga county in Southwest China's Tibet autonomous region.

Fast forward three years, and Layak village, 180 kilometers from the county seat in the southwestern part of Tibet, now has taps that provide potable water at the "top of the world".

"Our village had no proper roads or safe drinking water before 2016. But now, all the families have access to tap water and the village is connected by paved roads," said Migmar, 49, who is the village leader.

The roads and pipelines have helped lay the groundwork for a significant improvement in the villagers' lives, with Layak one of the latest places to benefit from the country's drive to alleviate poverty.

"To make the shift, village officials organized a great deal of training for residents to help them learn different skills such as cooking, welding and driving excavators and loaders," she said. "That has also helped villagers change their views on work and income."

Tibet has been one of China's main battlefields against poverty since the central government launched a nationwide effort in 2016 to improve the lives of the poor.

Last year marked a major milestone in the region's poverty alleviation push, with its Party committees and governments at all levels recording significant progress.

Pu Zhengxue, head of the Policy and Regulations Department of Tibet's Leading Group Office of Poverty Alleviation, said 628,000 impoverished people from the region's 74 counties and districts have been lifted out of poverty since 2016.

He said 150,000 of them, in the last 19 areas still listed as impoverished, had completed all the necessary work for poverty alleviation last year and were just waiting for the official declaration from the central government.

Dadron Lhazom, an e-commerce entrepreneur in Namling county, one of the 19 areas, said she has been receiving various forms of support from the government.

Her business, established in 2018, sells handicrafts of the Tibetan ethnic group and local specialties such as carpets, cushions, blankets, honey, leather bags and incense, helping needy residents work toward a better life.

She has a workshop in her home village in the county's Dana township that employs 12 local people, including five from formerly impoverished families and two college graduates.

Her company sells products all over the country via the Taobao e-commerce platform. It also operates a business account on the Douyin social media platform. It earned more than 420,000 yuan ($61,332) from sales last year.

The county government has held up Dadron Lhazom's business as a model for poverty alleviation efforts.

Last year, with help from the government, a store selling her locally made products was set up at the county seat, with the rent waived.

"Without the support of the government, my family and my friends, I could not have gone as far as I have," she said. "I feel grateful to all of them, especially the county government."

"I hope to encourage more villagers to learn skills to make carpets, tapestries and blankets," she said. "I hope more college graduates get involved in entrepreneurship and e-commerce."

The regional authorities have also focused on moving communities to better homes to improve their lives.

A total of 18.92 billion yuan has been invested in the effort, with more than 260,000 people moving into new homes from 2016 to last year, accounting for more than 98 percent of the targeted population.

Samdrub Tsering, from Kyilung village in Namling county, said the new homes have allowed the community to benefit from modern amenities and technology.

Before moving in 2016, villagers endured a harsh environment at an average altitude above 4,100 meters. Medical treatment, transportation and schools were inadequate, he said.

"Before 2016, I did not know that a mother could get subsidies and support when giving birth in a hospital. I did not know it could be safer for both mother and child," Samdrub Tsering said.

The township center also used to be inaccessible for many villagers. While the nearest household lives about 10 km away, some families were 200 km from town, with no telecommunication networks available. Road conditions were terrible, he said.

Thanks to the government's poverty alleviation measures, livelihoods have improved tremendously over the years, Samdrub Tsering said.

"Before 2016, I did not plan to send my children to school because it was too far. I worried about their journey there," he said, adding that everyone now wanted to send their children to receive education "as early as possible".

In the past, villagers also had to ride horses and yaks to go to hospital or get supplies, but now they can drive or take a bus, the 35-year-old said. "It takes only a few minutes," he added.

Similarly, information about the latest policies and job opportunities to help residents move ahead are readily available in their new neighborhoods, a far cry from the remote, mountainous areas of the past, he said.

"The local government of Shigatse city provides free vocational training programs to us as a poverty alleviation project," Samdrub Tsering said. "We can learn different, useful skills that will help us get jobs, from cooking and tailoring to construction."

He is learning to drive a truck at a driving school, and has passed the first two levels of the four-level course.

"My plan is to get a truck driver's license as soon as possible so I can find a job driving trucks on a construction site. That way, I can get a better salary," Samdrub Tsering said.

Norbu Tsering led his fellow villagers to start a transportation business 20 years ago.